On September 19, 2019, the Treasury Department issued proposed regulations to implement the bipartisan Foreign Investment Risk Review Modernization Act of 2018 (FIRRMA), as well as a Fact Sheet and list of Frequently Asked Questions (FAQs). FIRRMA was signed into law on August 13, 2018, and expanded the authority of the Committee on Foreign Investment in the United States (CFIUS) with respect to the review of national security concerns arising from certain foreign non-controlling investments and real estate transactions.

By way of background, the President has the authority to review any merger, acquisition or takeover involving a foreign person that could result in foreign control of a U.S. business, and has delegated this authority to CFIUS. CFIUS is led by the Secretary of the Treasury and its members include the U.S. Trade Representative, the Director of the Office of the Science and Technology Policy, the Director of National Intelligence, the Attorney General, and the Secretaries of Homeland Security, Commerce, Defense, State, Energy, and Labor.

CFIUS may self-initiate its review of transactions within its jurisdiction at any time prior to closing. Therefore, many parties voluntarily notify CFIUS of the transaction and submit themselves to the U.S. national security review process if there is a potential CFIUS-related risk. Without clearance by CFIUS, the President could impose adverse conditions post-closing or require divestiture. The review process commences with the parties submission of a voluntary notice to CFIUS. If CFIUS finds that a proposed transaction poses a national security risk, the President may impose conditions on, suspend or prohibit the transaction. CFIUS currently has the authority to review transactions (any time prior to closing) that may result in a foreign person’s control of a U.S. company, which includes either the acquisition of a majority interest in the company or minority interests that confer a significant ability to influence important matters related to the U.S. company.

The proposed regulations would expand CFIUS’s current jurisdiction to allow for the review of certain foreign non-controlling investments and real estate transactions. The proposed regulations were published in two parts. The first part would replace the current regulations in 31 C.F.R. Part 800 and implement the changes that FIRRMA made to CFIUS’s jurisdiction and process with respect to transactions that could result in foreign control of any U.S. business, as well as certain non-controlling “other investments” that afford a foreign person certain access, rights or involvement in certain types of U.S. businesses. The second part of the regulations can be found in new 31 C.F.R. Part 802 and provide CFIUS with the authority to review purchases, leases by, or concessions to foreign persons of certain real estate in the United States.

(a) the foreign state must be included in the list of eligible foreign states that will be published by the Treasury Department in the near future; and,

(b) whether the foreign state has established and is effectively utilizing a robust process to assess foreign investments for national security risks and is working with the U.S. on matters relating to investment security.

Notwithstanding, the proposed rules provide that CFIUS retains authority to review a transaction regardless of whether the foreign person is an excepted investor or an excepted real estate investor.

FIRRMA requires that final regulations take effect no later than February 13, 2020. The full text of the proposed regulations can be accessed at: 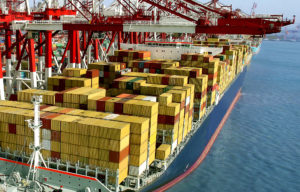 On May 31, 2019, President Trump issued a Proclamation “To Modify the List of Beneficiary Developing Countries under the Trade Act of 1974” that will effectively remove India as a beneficiary developing country from the Generalized System of Preferences (GSP) 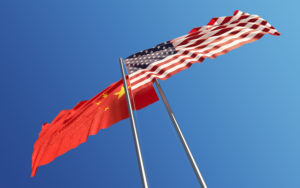