On April 23, 2018, the Treasury Department’s Office of Foreign Assets Control (OFAC) extended the wind-down period for United Company RUSAL PLC (hereinafter “RUSAL”), the world’s second largest producer of aluminum and one of the companies added to the Specially Designated Nationals (SDN) List earlier this month with other Russian oligarchs, senior Russian government officials, and Russian-owned companies. Yesterday, OFAC issued new General Licenses 12A and 14 to mitigate the impact of the new sanctions on U.S. companies.

By way of background, as we reported previously (https://millerproctorlaw.com/ofac-adds-russian-oligarchs-senior-government-officials-and-russian-owned-companies-to-the-specially-designated-nationals-list/), OFAC added the following 36 parties to the Specially Designated Nationals (“SDN”) List on April 6, 2018, including RUSAL:

These additions were made under the authority of the Countering America’s Adversaries Through Sanctions Act (CAATSA). In January of this year, the Treasury Department submitted several reports to Congress as required by Section 241 of CAATSA which included a list of over 200 senior Russian political figures and oligarchs (with a net worth of at least $1 billion) and entities that are 25% owned by the Russian government with revenues of at least $2 billion in 2016. The report also provided information on the parties’ corrupt activities, involvement in the Russian economy, the U.S. economic and industry sectors that could be exposed to these parties, and the potential impact of future sanctions against them.  OFAC’s April 6th designations targeted several of the individuals and entities that were identified in the Section 241 Report.

U.S. persons are prohibited from dealing with SDNs without prior OFAC authorization, and non-U.S. persons may also find themselves subject to secondary sanctions for certain dealings involving the targeted entities. Note that these restrictions apply not only to the listed parties, but also to any entity that is 50% or more owned, directly or indirectly, by one or more SDNs.

However, on April 23, 2018, OFAC modified the sanctions against RUSAL, which has submitted a petition to OFAC requesting that it be delisted. Given the impact of the U.S. sanctions on RUSAL, its U.S. employees, subsidiaries as well as U.S. companies, OFAC decided to allow U.S. parties to continue their dealings with RUSAL until October 23, 2018 while the agency considers the Company’s petition. As noted in OFAC’s FAQs added to its website on April 23, 2018, parties may be removed from the SDN List by demonstrating a change in the circumstances that led to their designation. Specifically, OFAC stated that “in the case of RUSAL, absent other adverse information and consistent with the facts and circumstances of any petition for delisting, the path for the United States to provide sanctions relief is through divestment and relinquishment of control of RUSAL by Oleg Deripaska.”

General License 14 authorizes U.S. persons, until October 23, 2018, to engage in all transactions that are ordinarily incident and necessary to the maintenance or winding down of operations, contracts or other agreements involving RUSAL or any other entity in which RUSAL owns (directly or indirectly) a 50% or greater interest. Such activities include the importation of goods, services or technology into the United States. Although all funds blocked prior to April 23rd remain blocked under the sanctions, General License 14 authorizes the use of these blocked funds for the authorized maintenance and winding down activities. In addition, U.S. persons are not required to block transactions authorized by General License 14 that occur on or after April 23, 2018, except for transactions involving blocked persons other than RUSAL. US persons engaging in transactions under General License 14 are required to file a comprehensive report of their activities with OFAC within 10 business days following the expiration of the general license (i.e., November 2, 2018). The report must identify the names and addresses of the parties involved, the type and scope of the activities conducted, and the dates on which the activities occurred. See https://www.treasury.gov/resource-center/sanctions/Programs/Documents/ukraine_gl14.pdf.

With respect to secondary sanctions that may be imposed against non-U.S. persons, Section 228 of the CAATSA provides that such sanctions may be imposed if the non-U.S. person knowingly facilitates significant transactions, including deceptive or structured transactions, for or on behalf of any person subject to the U.S. sanctions on Russian (as well as for or on behalf of the targets’ children, spouses, parents or siblings). A transaction is not “significant” if U.S. persons would not require specific licenses from OFAC to participate in it; therefore, activities authorized by General Licenses 12A, 13 and 14, and occurring within the timeframes authorized by these general licenses, would not be considered “significant.”

In light of the foregoing, U.S. companies are urged to continue monitoring the U.S. sanctions policy towards Russia, keep an eye out for similar sanctions that may be adopted by the European Union or other U.S. allies, and look out for Russia’s response to these actions.  For further details, see https://www.treasury.gov/resource-center/sanctions/OFAC-Enforcement/Pages/20180423.aspx.

If you have any questions pertaining to the recent additions to the SDN List, the general licenses, other U.S. embargoes and economic sanctions programs, or international trade issues, please contact Melissa Proctor at Miller Proctor Law PLLC (melissa@millerproctorlaw.com). 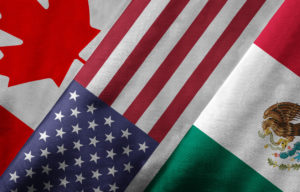 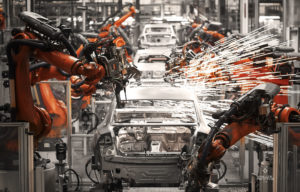 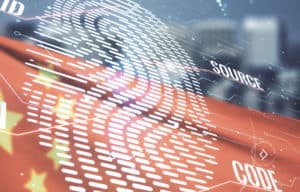 The Departments of Commerce, Homeland Security, State and Treasury issued a Business Advisory on July 16, 2021 warning of the risks of doing business in Hong Kong. 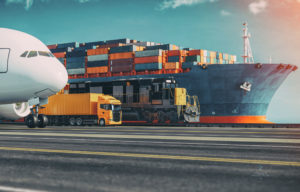 Update on Recent COVID-19 Developments for Importers and Exporters

The table below provides a summary of recent import and export developments announced by the U.S. federal government agencies shown below (as of April 21, 2020) in response to the global pandemic. New information is shown below in red, and additional

Terms of Use
Privacy Policy
Accessibility
Brand
© 2022 Miller Proctor Law PLLC. All Rights Reserved
SERVICES
Menu
THE FIRM
Menu
Fill out the form below to receive a confidential consultation.
Request A Consultation