On July 23, 2018, the U.S. Departments of State, Treasury and Homeland Security issued an advisory that warns companies of the tactics used by North Korea to evade U.S. and United Nations economic sanctions. Today’s advisory does not impose any new sanctions on North Korea. Rather, the sanctions on North Korea remain fully in effect. The advisory merely provides examples of how North Korea is attempting to evade existing sanctions, and draws attention to the risks of inadvertent sourcing and purchasing of goods, service and technology from North Korea. In many cases, U.S. companies are wholly unaware of North Korea’s involvement in their overseas transactions.

For example, third-country suppliers are known to have moved their manufacturing operations (or have subcontracted portions of their production processes) to factories in North Korea without notifying their customers. In addition, North Korean companies often place false country of origin labels on goods that were produced in North Korea. The advisory also notes that North Korean companies have entered into joint ventures with entities located in other countries—the involvement of North Korea in those entities are not readily apparent to many multinational companies in industry sectors that include seafood, consumer electronics, minerals and precious metals, textiles and apparel, and construction, among others. (A list of the known joint ventures are identified in Annex 2 of the advisory.) Further, companies in North Korea are known to sell their products far below market prices, making them very attractive to middlemen and trading companies.

By way of background, the Foreign Assets Control Regulations, which are enforced by the Treasury Department’s Office of Foreign Assets Control (“OFAC”) prohibit virtually all dealings by U.S. persons with North Korea. The U.S. Customs Regulations also prohibit the importation of North Korean-originating goods into the United States—specifically, imported merchandise that contains any amount of North Korean content is prohibited from entering the United States. CBP has also long had the authority to deny entry into the United States of merchandise produced, in whole or in part, by prison, forced, child or indentured labor under the Tariff Act of 1930 (19 U.S.C. Section 1307). The Trade Facilitation and Trade Enforcement Act (“TFTEA”), which was enacted in 2016, further solidified CBP’s enforcement authority in this area. CBP is authorized to deny the entry of imported goods into the United States where there is evidence that they were produced by forced labor—but the burden was initially placed on CBP to prove that forced labor was in fact involved in the manufacture of imported goods.

The Countering America’s Adversaries Through Sanctions Act (“CAATSA”), however, changed the rules of the game. CBP continues to refuse the entry of imported merchandise into the United States where it is believed to have been produced with forced labor, but the burden of proof now falls on the U.S. importers to show by clear and convincing evidence that North Korean forced labor was not used. If there is evidence of North Korean labor, CBP may detain and seize the imported goods, subject the goods to forfeiture, assess civil penalties, and may even refer the issue to Immigration and Customs Enforcement’s Homeland Security Investigations (“HSI”) for criminal investigation. U.S. importers caught up in a violation of CAATSA should expect to have their future import shipments scrutinized by CBP to a much greater degree, such as through increased examinations and detentions. And of course, violators will likely suffer negative publicity.

Earlier this year, OFAC issued guidance on the various deceptive shipping practices employed by North Korea. For example, North Korea is known to physically alter the names and International Maritime Organization (“IMO”) numbers of vessels in order to pass themselves off as different vessels. North Korea has also transferred cargo from one ship to another at sea rather than while located a port, thereby concealing the origin or destination of the cargo. North Korea has also falsified vessel and cargo documents to obscure the origin or destination of cargo, as well as disabled the Automatic Identification Systems (“AIS”), a vessel’s collision avoidance system, to mask their movements.

We also previously reported that CBP has been scrutinizing import shipments suspected of being made with North Korean forced labor, as directed by CAATSA. For example, CBP has detained and seized shipments from China, and has requested information and documentation from U.S. Importers through the issuance of CBP Forms 28. The documents and records that may be requested by CBP include certificates of origin, supplier certifications stating that no forced labor was used, foreign supplier daily production records (including subcontractor production records), finishing and packing records, employee timecards and wage records, employee lists, purchase orders and delivery documents for raw materials, inputs and components used, inventory records, bills of material, commercial invoices, packing lists, proof of payment, factory visit reports and photographs, inline and final inspection reports, factory utility bills and payments, etc.  At the same time, CBP encourages parties, who have information about the use of North Korean or forced labor with respect to imported merchandise, to submit information via its online eAllegation portal—parties who provide tips that lead to the recovery of a penalty, fine, or the forfeiture of prohibited merchandise may be eligible to receive compensation of up to $250,000.

3. Advisory Urges Due Diligence and Awareness of North Korean Tactics

Today’s advisory reinforces the need for companies with multinational operations to make themselves aware of the deceptive practices described above, and to implement due diligence policies and procedures to prevent inadvertent dealings with North Korea that violate U.S. sanctions laws and regulations. Companies should first and foremost ensure that they are screening all supply chain parties and those involved in international activities against the U.S. restricted parties lists, the restrictive measures imposed by the European Union, and other applicable country sanctions lists. Companies should also review the list of joint ventures involving North Korean entities provided in Annex 2 to today’s advisory.

In addition, to assist U.S. companies in their increased supply chain due diligence efforts, CBP previously published guidance on its website recommending the adoption of additional internal controls for compliance and updated its Reasonable Care Checklist. CBP recommends that U.S. importers—

If you have any questions pertaining to today’s advisory, the current sanctions on North Korea or other international trade issues, please contact Melissa Proctor at Miller Proctor Law PLLC (melissa@millerproctorlaw.com). 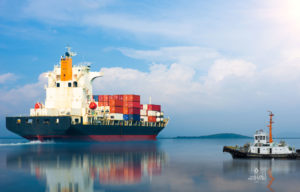 On April 27, 2020, the Federal Maritime Commission (FMC) issued a press release of immediate interest to the international transportation community granting temporary relief from certain service contract requirements. The FMC’s mission is to ensure a competitive and reliable international 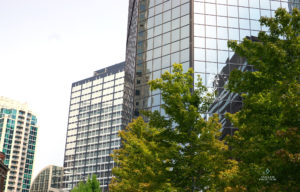 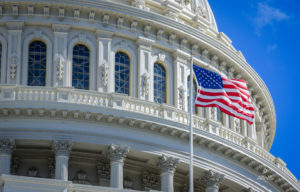 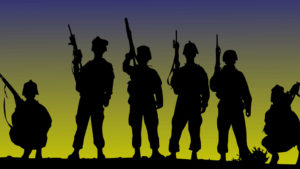 On February 2, 2018, the State Department’s Directorate of Defense Trade Controls (“DDTC”) announced via web notice a significant change in its export policy vis-à-vis South Sudan. Per Section 38(a) of the Arms Export Control Act (“AECA”) (22 U.S.C. 2778),