If you are a U.S. or non-U.S. supplier of hardware, software or technologies that are subject to the U.S. Export Administration Regulations beware: On May 16th, the Commerce Department’s Bureau of Industry and Security (“BIS”) added Huawei Technologies Co., Ltd. (“Huawei”) and 68 of its non-U.S. affiliates, to the Entity List. Shortly thereafter, on May 20th, a 90-day reprieve was granted in the form of a Temporary General License which authorizes certain exports, reexports and in-country transfers to the Huawei entities.

For over a year now, we have heard rumblings of a U.S. Government investigation of Huawei. The dramatic step taken to add the Huawei companies to the Entity List resulted from a finding that Huawei has acted contrary to U.S. national security and foreign policy objectives. Huawei was recently indicted in the United States for selling goods, technology and services to Iran in violation of U.S. sanctions, and it has been reported that Huawei and its affiliates took part in deceptive and obstructive acts to evade U.S. laws—acts that apparently led to the decision to add not only Huawei but 68 of its non-U.S. affiliates to the Entity List as well.

Huawei, headquartered in China, is the largest telecommunications equipment producer in the world. By adding Huawei to the Entity List, the U.S. will cut off Huawei’s ability to purchase U.S.-origin parts, components, software and technology to support its own products. Parties are added to the Entity List when the U.S. believes they are involved, or pose a significant risk of being involved, in activities that offend U.S. national security or foreign policy interests. Once a party has been added to the Entity List, U.S. and non-U.S. suppliers are prohibited from exporting, reexporting or transferring (in-country) any item that is subject to the EAR to them without a BIS license—typically, applications for such licenses will be denied. An item is “subject to the EAR” if it is in the United States, is U.S. origin (wherever located), is made outside the United States and contains more than de minimis amounts of controlled U.S. content, or is a direct product of U.S. technology or software. Even items that are classified as EAR99, eligible for No License Required (NLR) or otherwise eligible for an EAR license exception are prohibited from being exported to an Entity List party without a license from the BIS.

As noted above, on May 20th, the BIS rolled out a 90-day Temporary General License that partially restores the ability of U.S. and non-U.S. suppliers to engage in certain transactions with Huawei despite the Entity List restrictions. See 84 Federal Register 23468 (May 22, 2019). From May 20th to August 19th, companies may export, reexport, or transfer items to Huawei and its non-U.S. affiliates provided that those activities involve—

• Transactions necessary to maintain and support existing and currently fully operational networks and equipment, including software updates and patches, subject to legally binding contracts and agreements executed between Huawei and third parties or the non-U.S. Huawei affiliates and third parties;

• Transactions necessary to provide service and support, including software updates or patches, to existing Huawei handsets that were available to the public on or before May 16, 2019;

• Disclosures to Huawei and the non-U.S. Huawei affiliates of information regarding security vulnerabilities in items owned, possessed or controlled by Huawei or the affiliates when related to the process of providing ongoing security research critical to maintaining the integrity and reliability of existing and currently fully operational networks and equipment, as well as handset; or,

• Engagements with Huawei and/or its non-U.S. affiliates for the development of 5G standards as part of a duly recognized international standards body (e.g., IEEE, IETF, ISO, ITU, ETSI, 3GPP, TIA, and GSMA).

Where a proposed transaction involving Huawei is authorized by the BIS’ Temporary General License, companies are required to issue written certifications describing how that particular transaction qualifies for, and falls within the scope of, the Temporary General License. These certification statements must also be maintained in accordance with the EAR’s record retention requirements, and provided to the BIS upon request. 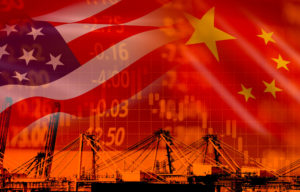 10% Tariffs on Chinese List 4 Goods Will Take Effect on September 1st with Delayed Implementation for Certain Electronics, Apparel and Footwear

On August 13th, the United States Trade Representative (USTR) announced the imposition of an additional 10% tariff on certain Chinese-origin exports to the United States valued at roughly $300 billion (the “List 4 Goods”) as part of the ongoing trade 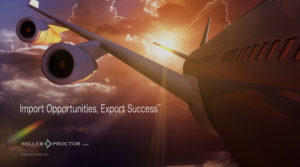 Yesterday, the Treasury Department published its quarterly “List of Countries Requiring Cooperation with an International Boycott” (i.e., foreign boycotts that are not sanctioned by the United States). The current list of countries includes: Iraq Kuwait Lebanon Libya Qatar Saudi Arabia 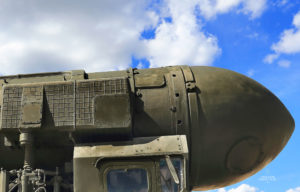 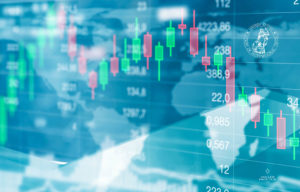